Galileo was an Italian physicist and astronomer credited with building the first effective telescope. He used this to prove that the earth moves round the sun.

This confirmed the theory originally put forward by the Polish astronomer Nicholas Copernicus. But it went directly against the teachings of the Church i.e; the earth was the centre of the Universe and the Sun revolved round the Earth.

It was this conflict with the teachings of the Church that was to eventually bring Galileo to the attention of the Inquisition. 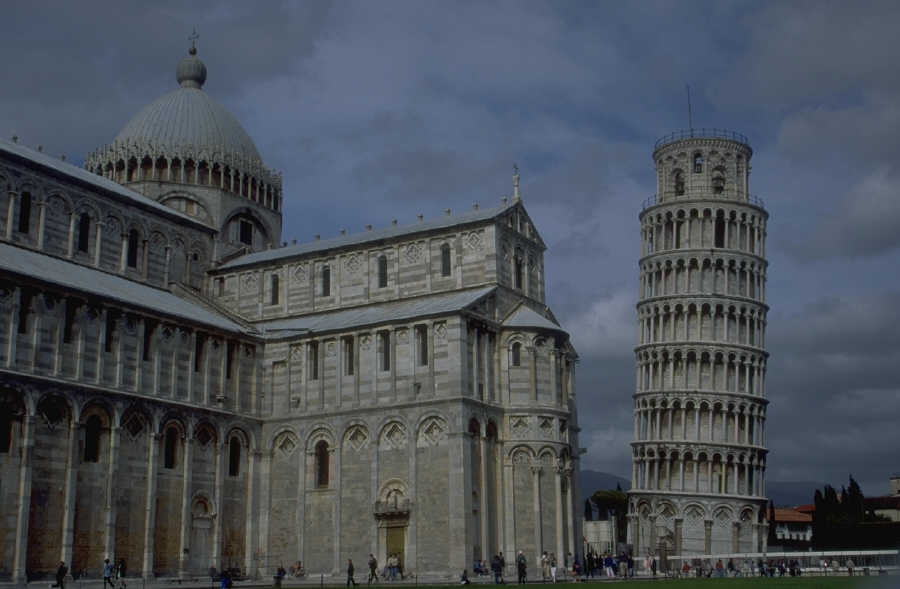 Galileo was born at Pisa in 1564 which was then part of the Grand Duchy of Tuscany, ruled by Cosimo de Medici. He was taught for the early part of his life by monks at Vallombrosa. At seventeen, he went on to the University of Pisa to read medicine, but disliked the course, which followed strictly the texts of Aristotle and Galen and his interest soon turned to philosophy and mathematics. He left university in 1585, with an interest in mathematics that was to remain with him all his life.

Galileo worked for a time as a private tutor and also carried out some writing on hydrostatics. In 1589 at the age of twenty five he obtained a post at Pisa as professor of mathematics, but in 1592, they did not renew his contract. It is believed this was because Galileo directly contradicted the professors, who strictly followed the classical doctrine of Aristotle. Galileo was appointed to the chair of mathematics at the University of Padua the same year.

Around this time, there were a number of revolutionary ideas in music, in which Galileo's father Vincento Galileo, an accomplished musician and composer with some knowledge of mathematics, was an influential figure. Vincento Galileo believed strongly that rigid theory stifled new forms in music and this no doubt influenced his son Galileo, who felt that Aristotelian physical theology did the same for scientific enquiry.

WHAT DID GALILEO ACHIEVE?

In 1609 Galileo heard that a new instrument had been invented in the Netherlands which made objects in the distance seem close to the observer. Galileo tried to create this using a variety of lenses and he soon succeeded in making a basic telescope using a concave and a convex lens at either end of a lead tube. At the third attempt he produced a telescope that made objects appear 1 000 times larger and over thirty times closer than seen with the naked eye. Although Galileo could see the importance of the telescope's aid to navigation at sea and over land, he was most interested in its use to look at the skies.

Through the telescope, Galileo observed that the surface of the moon appeared pitted with craters. There were mountain peaks lit by the sun's light and other parts that remained in darkness. Galileo then turned his telescope to view the stars, but found that unlike the moon, the stars were hardly magnified. He was, however, overwhelmed by the hundreds of stars that suddenly became visible. The Milky Way, which to the naked eye had been just a pale uncertain glow, viewed through a telescope was revealed as a myriad of individual stars.

On 7 January 1610, Galileo observed three very bright objects close to Jupiter. After observing these over a number of nights, he noticed that the pattern changed and a fourth bright object became visible. Galileo explained there were four satellites which revolved about Jupiter and Jupiter and its satellites revolved around the sun.

To Galileo, it followed that the sun must be the centre of the universe.

In March 1610, Galileo published the results of his observations under the title The Starry Messenger. Hundreds of copies were soon printed. Some philosophers such as Kepler, received his work with enthusiasm, but others such as Libri who taught philosophy at Pisa, were far less enthusiastic. Libri actually refused to even look through a telescope. Allegations were made that Galileo's observations were the result of illusions created by the telescope. This may seem a curious reaction, but it was well known that a single lens could distort and if this was the case, the combination of two lens could be regarded with even more suspicion.

Galileo's new found fame gained him an appointment as court mathematician in Florence. This freed him from teaching duties and gave him more opportunity to carry out research and writing. By December 1610 he had observed the phases of Venus which further confirmed his faith in the theories of Copernicus.

In 1611 Galileo visited Rome and was greeted by Clavius and other Jesuits of the Roman College. The head of the Roman College. Cardinal Robert Bellarmine asked the Jesuit mathematicians for their opinions of Galileo's discoveries. The Jesuits confirmed Galileo's discoveries to Bellarmine. Galileo went on to have an audience with the Pope where he was well received. While in Rome he was made a member of the Accademia dei Lincei, a society dedicated to the pursuit of learning, especially of natural philosophy. It appeared that Galileo's visit to Rome had been a great success and his standing in the Church seemed high. But, this was not necessarily the case!

Cardinal Bellarmine was a leading theologian in the Catholic Church and the Guardian of Orthodoxy. He had been one of the Inquisitors who had tried Giordano Bruno, for heretical views on the Immaculate Conception and other conflicting philosophies. Bruno was burned at the stake in 1600. Bellarmine did not want another such case on his hands, as Bruno had also been a supporter of Copernicus. So, despite the opinions of the Jesuits he wrote to the the Chief Inquisitor at Padua to ask if Galileo's name had been mentioned in the recent case of an Aristotelian philosopher who had aroused Church opposition for his denial of the immortality of the soul. Galileo had no involvement in the case.

The Church was not the only body which Galileo had to fear. There were also enemies working against him amongst the university professors, whose reputations and occupations depended on the continuation of Aristotelian philosophies. There is evidence that one man in particular, Lodovico delle Colombe was behind the outbursts that certain friars were soon to make on Galileo.

In 1612 Galileo published a work titled, Discourse on Floating Bodies, which attacked Aristotelian physics. This resulted in Galileo's own work being challenged in four printed articles.

In 1613 Galileo published Letters on Sunspots which resulted in an unpleasant argument with Father Christopher Scheiner, a Jesuit astronomer. Galileo argued that the sun, like the moon was not free from imperfections. However, blemishes on the face of the sun were unacceptable to Scheiner, who, as an Aristotelian believed in the perfection of the heavens. Scheiner attributed sunspots to small planets obstructing our view of the sun as they passed close to it. In fact sunspots had been observed centuries before as they are visible to the naked eye. Unlike The Starry Messenger which had been written in Latin, Letters on Sunspots were in Italian and so could be read by a far greater number of people.

In Galileo's absence a Pisan professor told the Medici family, who were Galileo's employers and the ruling body, that belief in a moving earth was heretical.

In 1614 a Florentine priest denounced Galileists from the pulpit. In response, Galileo wrote a long, open letter on the irrelevance of biblical passages in scientific arguments. He argued that interpretation of the Bible should be adapted to increasing knowledge and that no scientific position should ever be made an article of Roman Catholic Faith. Cardinal Bellarmine instructed Galileo he must no longer hold or defend the policy that the earth moves. Galileo remained silent on the subject for a number of years, working on a method of determining longitudes at sea by using his predictions of the positions of Jupiter's satellites.

In 1624 Galileo started on a book he wanted to call Dialogue on the Tides. In this he discussed the Ptolemaic and Copernican hypothesis in relation to the physics of tides. In 1634 the book was licensed for printing but the Roman Catholic censors altered the title to Dialogue on the Two Chief World Systems. It was published at Florence in 1632.

Galileo was summoned to Rome to face the Inquisition and to stand trial for "grave suspicion of heresy." This charge was grounded on a report that Galileo had been personally ordered in 1616 not to discuss Coperican theory either orally or in writing. Cardinal Bellarmine had died, but Galileo produced a certificate signed by the cardinal stating that Galileo had been subjected to no further restriction than any other Roman Catholic under the 1616 edict. No signed document contradicting this was ever found.

In 1633 Galileo was compelled to abjure and was sentenced to life imprisonment, which was swiftly commuted to house arrest. The Dialogue was ordered to be burned and the sentence against was to be read publicly in every university in Italy. Imprisoned at his farm in the hills surrounding Florence, Galileo's was becoming increasingly frail and his sight was failing. Nevertheless, it was here that he wrote his most important scientific work, Discourses Concering Two New Sciences, which was published in Holland in 1638. Dealing with falling bodies and the path of projectiles it laid the foundations for modern kinematics.

WHAT OTHER DISCOVERIES DID GALILEO MAKE?

Galileo made a number of other important scientific discoveries. He discovered that the rate at which a pendulum swings depends on its length rather than the distance through which it swings. This led to the development of pendulum clocks.

Galileo also demonstrated the principles of gravity 50 years before Isaac Newton. It was rumoured he did this by dropping two objects of different weights at the same time off the Leaning Tower of Pisa. It is now believed he actually used an inclined plane.